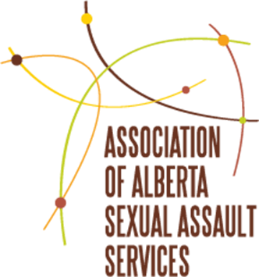 1.8 million Albertans have experienced sexual abuse in their lifetime
That is 43% of Alberta’s population – almost one in every two people

Edmonton and Calgary – January 29, 2020 – Until now, the most recent data on the prevalence of child sexual abuse in Canada was from a study chaired by Dr. Robin Badgely that took place 36 years ago.

Partnering with the Government of Alberta and the reputable research firm of R.A. Malatest and Associates, the Association of Alberta Sexual Assault Services (AASAS) undertook research modelled on the 1984 study but expanded to gather information on sexual assault throughout the lifespan – under the age of 18, over the age of 18 and combined data.

The key findings of this research - Prevalence of Sexual Assault and Childhood Sexual Abuse in Alberta (2020) - provide insight into the prevalence and nature of Albertan’s experiences of childhood sexual abuse and sexual assault throughout their lifetime.

“With an estimated 1.8 million individuals in Alberta experiencing sexual abuse in their lifetime, this research shows us that sexual abuse is a health and safety issue of epidemic proportions” said Debra Tomlinson, CEO of AASAS. “Albertans have a strong history of coming together to help each other in times of need. People who experience sexual abuse are our family members, our friends and our colleagues. And each and every one of us has a role to play in ensuring survivors get support.”

Added Honourable Minister Leela Sharon Aheer, Culture, Multiculturalism and Status of Women: “In order to combat gender-based violence it is important that we understand the landscape in which we stand. It is heartbreaking that so many Albertans are impacted by abuse and violence in all forms. Our Government will utilize this current and long overdue information as we move forward in cooperation with community organizations to inform how best to make an impact, support survivors and end gender-based violence together.”

Added Honourable Rajan Sawhney, Minister of Community and Social Services: “The Association of Alberta Sexual Assault Services provides compassionate and caring support to survivors of sexual abuse and help to those who need to be believed. Research is important, and our government will continue to address the prevalence of sexual abuse in our communities. We have recently passed Alberta’s version of Clare’s Law. We remain committed to providing supports and services to survivors of sexual violence.”

Added Debra Tomlinson: “Understanding the problem of sexual violence is key to finding solutions. The experience of Sexual violence is linked to some of our most serious health and social issues like, mental illness, human trafficking, suicide, homelessness and domestic violence. These study findings have the potential to make a positive difference in the health and safety of all Albertans.”


Background
How the survey was conducted
This groundbreaking, Alberta-based research was conducted by R.A. Malatest and Associates, and made possible by support from the Government of Alberta, which included funding from the Ministry of Community and Social Services, and Health.

Because of the sensitive nature of this topic, the Human Research Ethics Board required the design and implementation of three pilot studies before giving final approval to go ahead with the complete study in 2019.

Surveyors were trained by AASAS sexual assault centres before administering the survey, and respondents who wanted support were connected directly to Alberta’s One Line for Sexual Violence.

Over 1,500 adults over the age of 18 were surveyed from all areas of Alberta. To administer the survey, the research team procured a general population sample.

Key Findings
Prevalence of Sexual Abuse over the Lifespan
Forty-five percent of adult Albertans have experienced some type of sexual abuse or violence in their lifetime. That’s almost one in every two.

Like the Badgley research, this study asked people about eight different types of sexual abuse.

Two in three females and one in three males experienced sexual abuse in their lifetime. These results show that females are two times more likely than males to experience sexual abuse.

Of all survivors surveyed, 75% were first abused as children. Of those, 50% also experienced sexual assault as an adult. This aligns with research that people who experience sexual abuse as a child are at greater risk of being sexually assaulted again as an adult.

Prevalence of Childhood Sexual Abuse
One in three Albertans (34%) experienced sexual abuse when they were under the age of 18.

In most incidences of child sexual abuse reported in the survey:

Strangers were least likely to commit child sexual abuse but when they did, the types of abuse they committed were: exposing their sexual organs and touching themselves in front of the child.

Most of the incidents of child sexual abuse did not occur over a prolonged period of time. The one type of sexual abuse that was more likely to be prolonged was trying to have or having sex with the survivor when the individual didn’t want this.

41% of females experienced sexual assault over the age of 18 compared to 17% of males.

Including females and males, sexual assault that occurs when an individual is over the age of 18 more commonly includes physical touch with 83% surveyed reporting physical contact.

Comparison to Other Research
Prevalence rates in the Badgley study were consistent with the current Alberta research. Badgley found an overall prevalence rate of 45% in Alberta/BC, and the AASAS study found 43%.

Perceptions and Awareness of Sexual Assault and Abuse
One in two respondents (57%) agree that the average Alberta resident believes that sexual abuse is an issue in their community.

40% believe there are still not enough supports for survivors and when asked about what types of support they felt was most important, the most common response was counselling.

Two out of three respondents (67%) personally know a survivor of sexual abuse, either as a child or an adult, and one in two Albertans (53%) had personally supported a survivor.


About AASAS
The primary work of the Association of Alberta Sexual Assault Services is to provide leadership, coordination and collaboration of sexual assault services in Alberta. The AASAS member agencies and services are responsible for day-to-day front line delivery of services within their local communities and regional areas. These agencies provide specialized sexual assault support services to individuals of all genders and ages throughout the lifespan.

As a provincial support organization, AASAS focuses its efforts in these key areas: