One Line for Sexual Violence launched in city 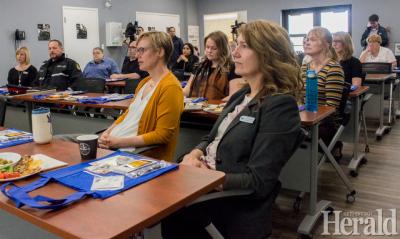 The Association of Alberta Sexual Assault Services along with associated organizations across Alberta have joined together for the launch of a critical new talk-text-and-chat service, called Alberta’s One Line for Sexual Violence.

One Line provides private, confidential support and information, and boosts access to specialized services for survivors of sexual violence. It is a province-wide first-response platform that connects survivors to local and regional services. Based on a successful pilot out of Central Alberta Sexual Assault Centre in Red Deer, text and chat is a highly effective means of initial support.

“We’ve known for years that people are most likely to reach out to friends and family after experiencing sexual violence. When they’re ready, One Line is the next step,” says Deb Tomlinson, CEO of Association of Alberta Sexual Assault Services. “This technology provides access, control, anonymity and psychological safety for survivors that makes it easier for them to reach out. We want survivors to know that we believe you; it’s not your fault and when you’re ready, help is only a smartphone away.”

Sexual assault support requires specialized training that not all professionals and paraprofessionals have. One Line will be staffed by trained, specialized responders, both paid and volunteer. Support will be available seven days a week between 9 a.m. and 9 p.m. with access to interpretation services in over 200 languages, including Cree.

Text and chat are the most dominant forms of communication among younger survivors, who make up the largest demographic of survivors. One Line not only caters to a larger demographic who are seeking services, but also to people in rural areas who do not know of or have access to services. Since the “I Believe You” campaign and the “MeToo” movement, there has been an increase of people accessing sexual assault services in Alberta, which sparked the need for more alternatives to accessing information and services.

“It is not just for people from urban communities, but rural because if there is a sexual assault that happens in Taber, for example, and they know they have a line that they can get connected to services, often people in rural areas don’t know what services are offered to them and they don’t have the resources there as well so that is where it is really important to have,” says Lisa Lewis, Director of Counselling of Outreach Education at Lethbridge Family Services. “What we are noticing in the last three years in particular with these two movements is that the need for our services in each of our communities has increased.

“We have seen some counselling agencies go from wait lists of two, three months to wait lists of eight, nine months because the movements have brought out this social need.”

The One Line service not only allows victims to access services they need wherever they are, but it’s also for families who are needing more information or support on how they can work through the situation to aid the victim more.

“Sometimes what happens is the victim might be in Lethbridge, but the family is in Fort McMurray and the family doesn’t know how to support the survivor because they are hours away from each other, so this way they can get the supports they need in their community, but also know that there are supports for the survivor in their community,” says Lewis.

Anyone can access One Line by calling or texting 1-866-403-8000. Alberta’s One Line responders will listen, provide non-judgmental support, information and resources. 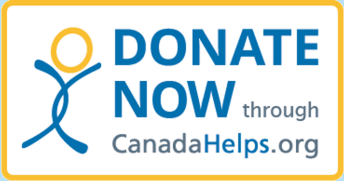